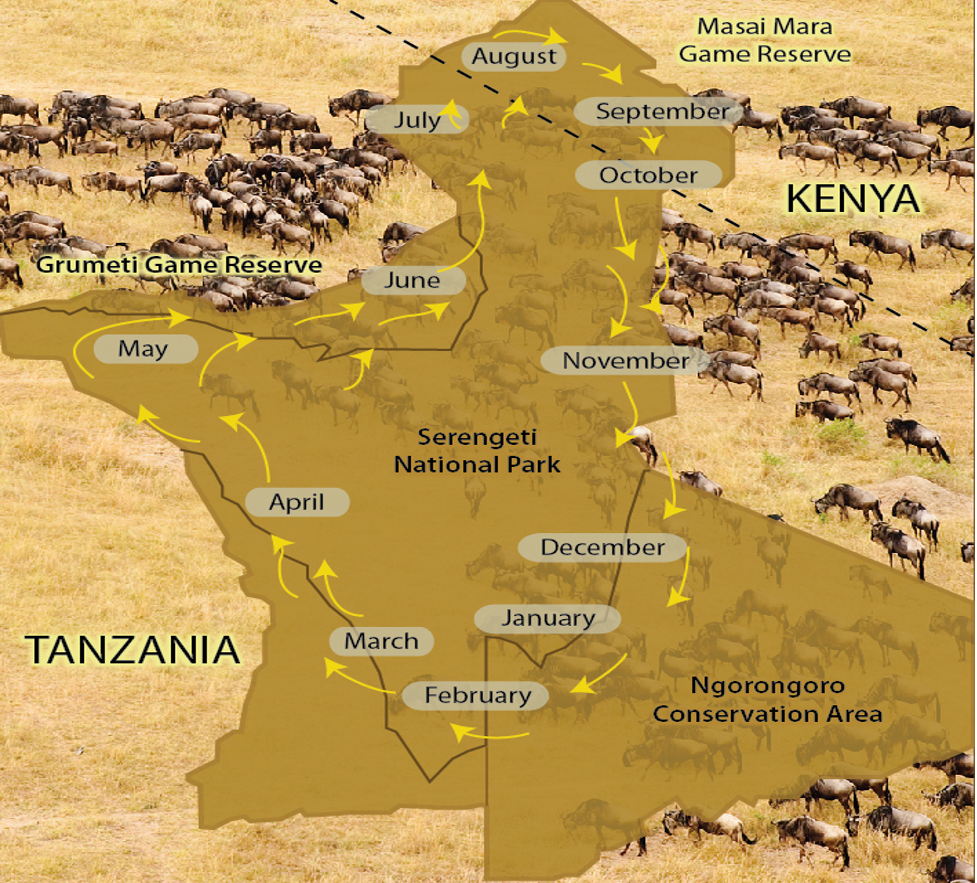 Nature is full of surprises, this year the rainy season has been longer than usual and that sets the balance for everything else in Tanzania. But in general, this is how it goes:

The three months of December, January, and February make up the Green Season. Everything grows and flourishes; it’s also called the calving season as all the young are born.  A visit during this time holds a high chance of catching a glimpse of a baby giraffe being born, you might see a baby elephant, but you’ve more than a good chance of seeing lion cubs. This is nature as it was intended, but do keep in mind, that the lurking predator belongs here too.

For birdwatchers, this is the ideal time, especially on and around Lake Manyara National Park, Tarangire National Park, Lake Natron, and Ngorongoro crater. It’s hot at this time of the year and the temperature hovers more or less around 30c.

March, April, and May:

Few people come to Tanzania during Europe’s springtime March, April and May is the rainy season here, and even with a 4-wheel drive jeep, it’s almost impossible to get through the mud. However, at the beginning of March or at the very end of May it is possible. The advantage is that whatever activities you choose, the rates will be significantly lower.

The dry season happens during the five months of June and July, August, September, and October. This is an optimum time to observe a vast variety of wildlife. The grass on the Savannah is dry, so easier to see through, plus the animals tend to congregate around what little water there is. You’ll have the chance to see the wildebeest migration including zebras, Thomson’s gazelle, and impala in one of the northern parks, and this is a truly spectacular sight.

Incidentally, this is wintertime in Tanzania and the temperature will fluctuate around 25c. It can be quite cool in the evening, so bring a warm sweater.

November is called the short rainy season, and a great time to be in Tanzania. There’s usually a brief rain burst at the end of each day, the rest of the time it’s dry. During this period, it’s quiet in the parks and you can enjoy an undisturbed and tranquil visit to Tanzania. Those who know Tanzania call this their favorites time.